March 16, 2020
Concert of Ensemble Court-circuit
Shakyo for ensemble and electronics (commission by french Ministry of Culture)

This diptych is composed of
« Dans le silence on ne sait pas » and « Dans le bruit on ne sait pas »
+ an interlude "5 miniatures"
The integral premiered during the CCMC festival at the French Institute of Tokyo on March 5, 2016 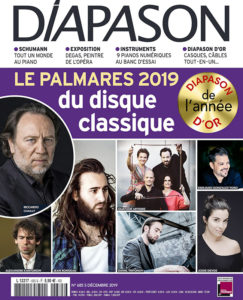 Review of this CD published in the Diapason of December 2019
"Listening to this program, one will be tempted to associate Vincent Laubeuf with the "instrumental" side of acousmatic music. Opening Dans le silence on ne sais pas (2015) with a quote from La Création by Haydn, the composer anchors the piece in acoustic sound, while applying numerous anamorphic transformations to it, with a strong electronic presence.
The magma of the Haydnian "chaos", then a naturalistic atmosphere will be followed by a much more stormy section, triggered by Haydn's initial chord (and its rolling of the timpani) whose quotation had been cut off. A passage punctuated by snare samples and other percussive instruments, a possible allusion to techno music, then gradually dissolves in an anxiety-provoking atmosphere of solar winds and crackling of the high-voltage line. In the noise we do not know offers a very similar material, however treated in a very different way, in particular by the intensive use of its setting in loops. A cyclic melodic motif subjected to a phase shift and a Doppler effect, harmonic layers from Haydn, an electronic flicker tending towards electrical interference, a brief strongly reverberated and lateralized trumpet call, or even the integration of field recording: the means are as simple as their combination is sophisticated. A beautiful poetic and dramaturgical space, which would certainly not have the same depth if it were not prepared by the first part of this diptych. »Pierre Rigaudière 685 p 93